Get fresh music recommendations delivered to your inbox every Friday.

by Bríd O'Gorman and Eoin O'Neill 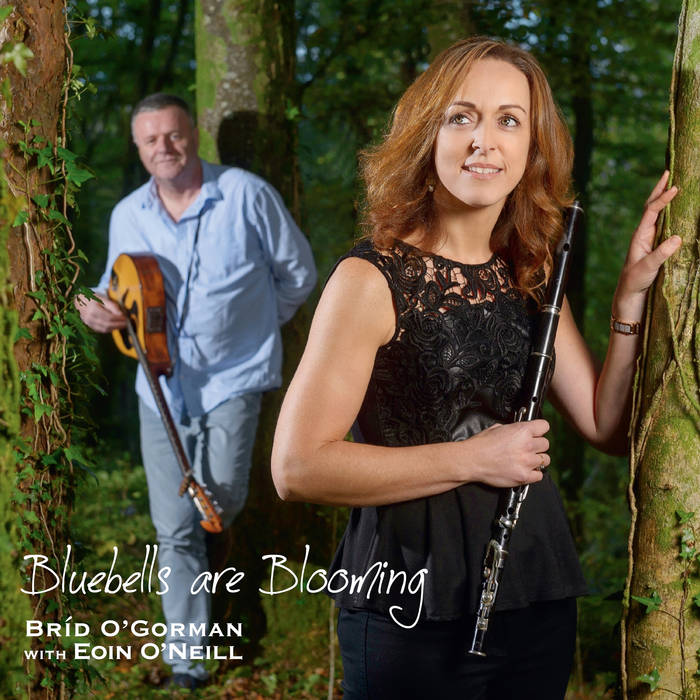 The Bag of Spuds was recorded by the Laictín Céilí Band. The Mills are Grinding, also known as The Flowers of Limerick, is an East Galway tune, originally recorded by the Ballinakill Traditional Players in the 1920s.

2. An Seanduine Dóite/Bluebells are Blooming (jigs) 3'56"

An Seanduine Dóite, The Burnt Old Man, was originally an old Scottish pipe march, also known as The Campbells are coming. Bluebells are Blooming was composed by whistle player Michael Dwyer.

3. Around the Fairyfort/The Dances at Kinvara (barn dances) 4'14"

Tie the Ribbons was played by West Clare fiddle player Bobby Casey. Miss Monaghan's was played by piper Séamus Ennis, another three part version of which can be found in O'Neill's Dance Music of Ireland. Geoghan's Reel is known by many other names including Eileen O'Callaghan's and was first recorded by the Aughrim Slopes Céilí Band in the late 1930s.

The Hills of New Zealand was composed by Joanie Madden and can be heard on Cherish the Ladies, Woman of the House.

An Buachaillín Bán, also known as The Fair-haired Boy, can be found on a recording of Frank Lee's Tara Céilí Band and a version can also be found in O'Neill's Dance Music of Ireland. Princess Nancy was composed by fiddle player Liz Carroll for her friend and fellow fiddler, Nancy Leoni.

A version of The Concertina hornpipe can be found in the Martin Mulvihill Collection, where it is called Brendan's Fancy.
The Shaskeen reel was recorded twice by Michael Coleman because it was so good, firstly with The Bag of Spuds in 1922 and subsequently with The Liffey Banks in 1936

The Concert Reel was published in Pat Mitchell's collection The Dance Music of Willie Clancy. Paddy Cronin recorded Kiss the Maid Behind the Barrel in 1950 in Boston

This setting of Byrne's was recorded by the Ballinakill Traditional Players. The Stack of Oats, composed by Junior Crehan, can be found in his book The Collected Compositions of Junior Crehan.

Whelan's Old Sow was composed in the 1930s by East Galway flute player Tommy Whelan, who was a member of the Ballinakill Traditional Players. McHugh's, also known as Adam and Eve's, was composed by John McHugh and appears on Music at Matt Molloy's, played by John's son and grandson, Kevin and John McHugh.

A View From Across the Valley was composed by John Brady from Offaly. The Doonagore reel has been recorded by Josie McDermott and Mary Bergin, under the title Micho Russell's. Doonagore is the name of the townland where Micho lived, just outside Doolin.

With thanks to Nicky McAuliffe.
With special thanks to Bríd's husband Mike Crowe, and her parents Bridget and Michael O'Gorman.

Bandcamp Daily  your guide to the world of Bandcamp